At the end of February, I had the privilege of performing in a concert organised to celebrate Pierre Boulez’s 90th birthday.

The concert was organised by MOOT as a part of a series of concerts for the Brighton Science Festival. I previously performed with MOOT in 2013 when Intimate Voices performed Stockhausen’s Stimmung at the Brighton Fringe.

In this concert I was performing Anthèmes 2 for solo violin and electronics with the incredibly talented violinist Mandhira de Saram. I looked after both the live electronics and the sound engineering on the day.

Anthèmes 2 was written in 1997 as a development of Boulez’ earlier piece Anthèmes for solo violin. Boulez worked with Andrew Gerszo at IRCAM in Paris to realise the electronic elements of the score.

IRCAM, the Institut de Recherche et Coordination Acoustique/Musiqueis a French institute which focuses on researching music and sound, particularly electroacoustic and computer music. Boulez founded IRCAM at the behest of President Pompidou, and many of his pieces were realised there.

Compositionally, these transformations are treated as separate ‘modules’ which can be combined to create compound effects. For example, Pitch Shift and Time Delay combine to make a canon or fugal effect.

The electronic part is realised using software called Max/MSP. The program takes the input from the live violinist, and manipulates it according to the score which is programmed into the software.

All of the effects are precisely notated in the score, neither the violin nor the electronics feature any improvisation. The score is extremely complex, and in order for the violin and electronics to remain synchronised, score following software is used. In this instance, a program called Antescofo compares its own internal score with what it is fed from the violinist, and keeps the software in time. This allows the violinist to progress through the score at a speed which fits with their expressive interpretation.

In practice, some of the sections do not require the automatic score following, and in some we found it easier to achieve the effect we wanted by me manually cuing the computer. As well as cuing the different sections, the sound engineer has to balance the loudness of the separate electronics modules, and also balance the electronics against the live violin in the room.

I found the piece very rewarding to perform, with a good balance between technical and artistic demands for the engineer. The piece itself is at times plaintive and at others powerful with the spatial effects being particularly extreme, even violent.

In terms of equipment, I used a DPA 4099 microphone in the violin, which interfaced via AKG wireless to a Soundcraft SI performer digital mixing desk. From there the sound went both to my Metric Halo audio interface, for the live processing, and also out to a pair of speakers at the front of the stage, which are there to balance the timbre of the live violin with the electronics parts. Once the sound has been processed inside Max/MSP, it comes back out of the Metric Halo and into the Soundcraft again, and then out to the 6 surround speakers, which in this case were D&B audiotechnik Ci80 with D12 amplification.

The D&B speakers performed beautifully as always, and the Soundcraft SI Performer desk, which was new to me, was an excellent piece of equipment which I will look forward to hopefully using again some time soon.

The concert also included other music by Boulez including excerpts for Alto Flute and Percussion from Le Marteau sans Maître, Domaines for solo clarinet, 12 Notations, Dr. K., Derive 1 for sextet, Constellation Diary, and a World Premiere: The Hammer Revisited by Brighton based composer Tom Reid.

I thoroughly enjoyed both performing in and listening to this concert, it was an enlightening insight into Boulez’ music, which I had not fully appreciated before.

Thanks must go to Norman Jacobs of MOOT for organising the concert and inviting us to play, to St Nicholas’ Church for the lovely venue and also to Simon from audioengineer.co.uk who provided the audio equipment for the performance. 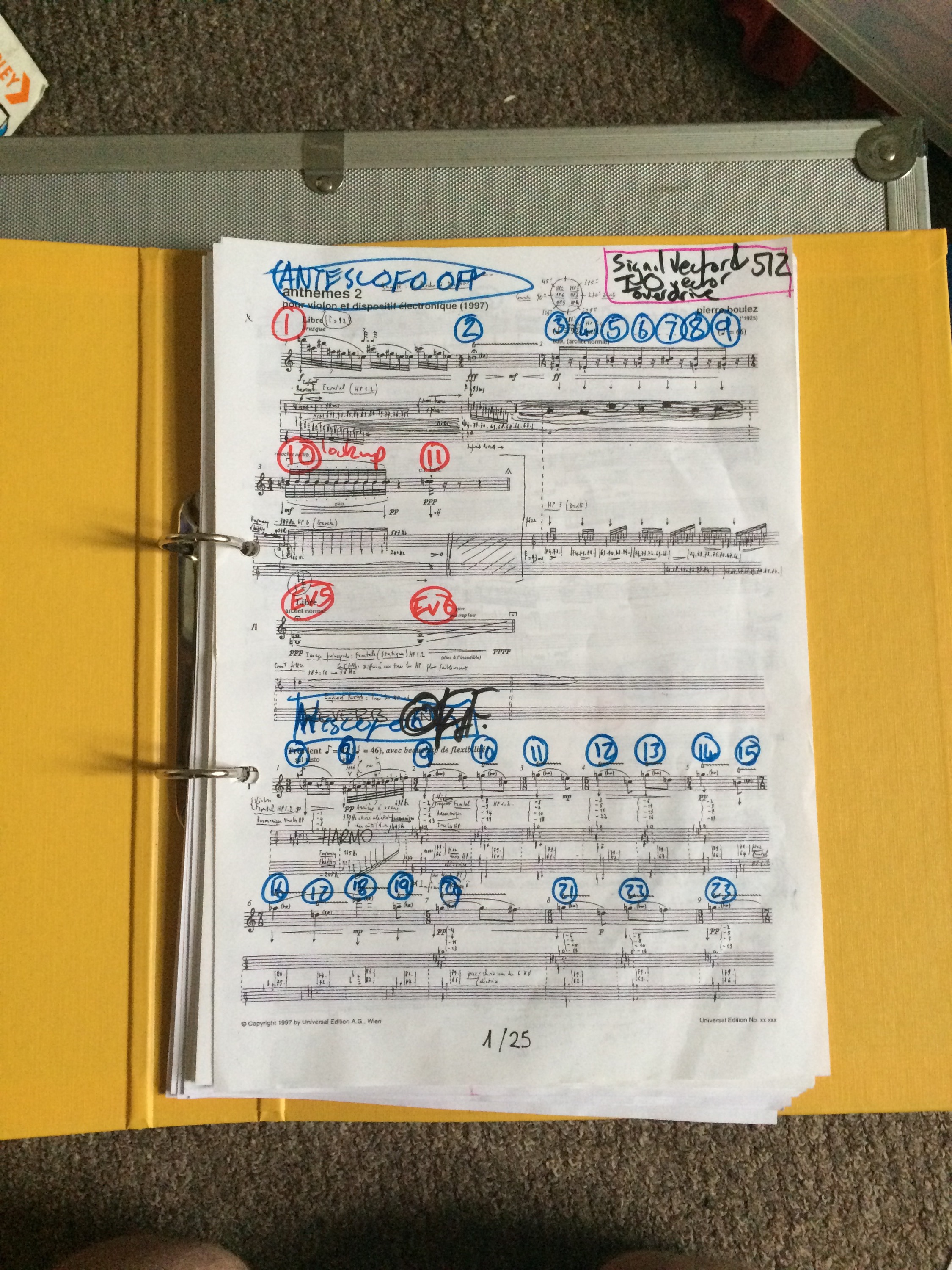 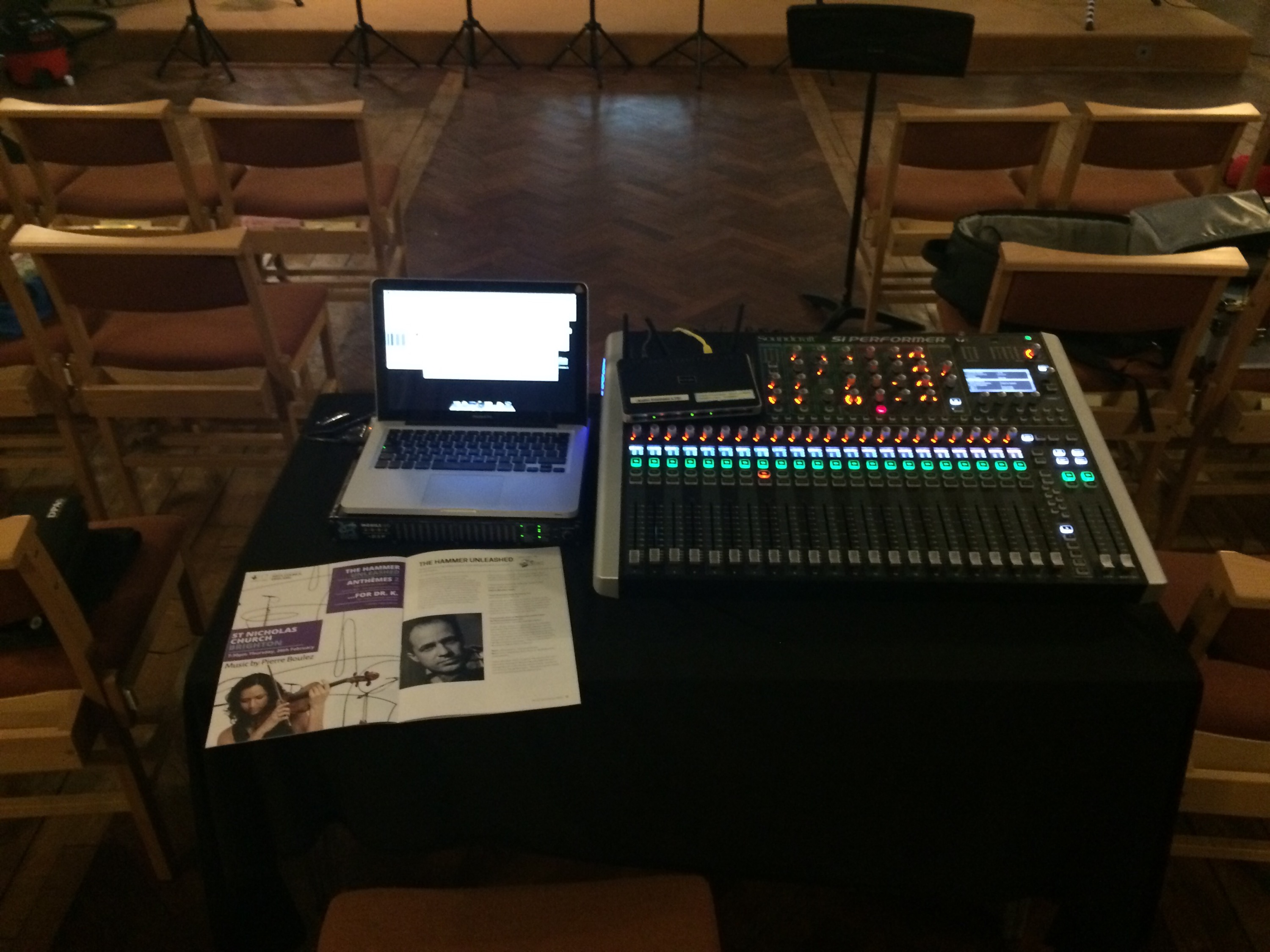 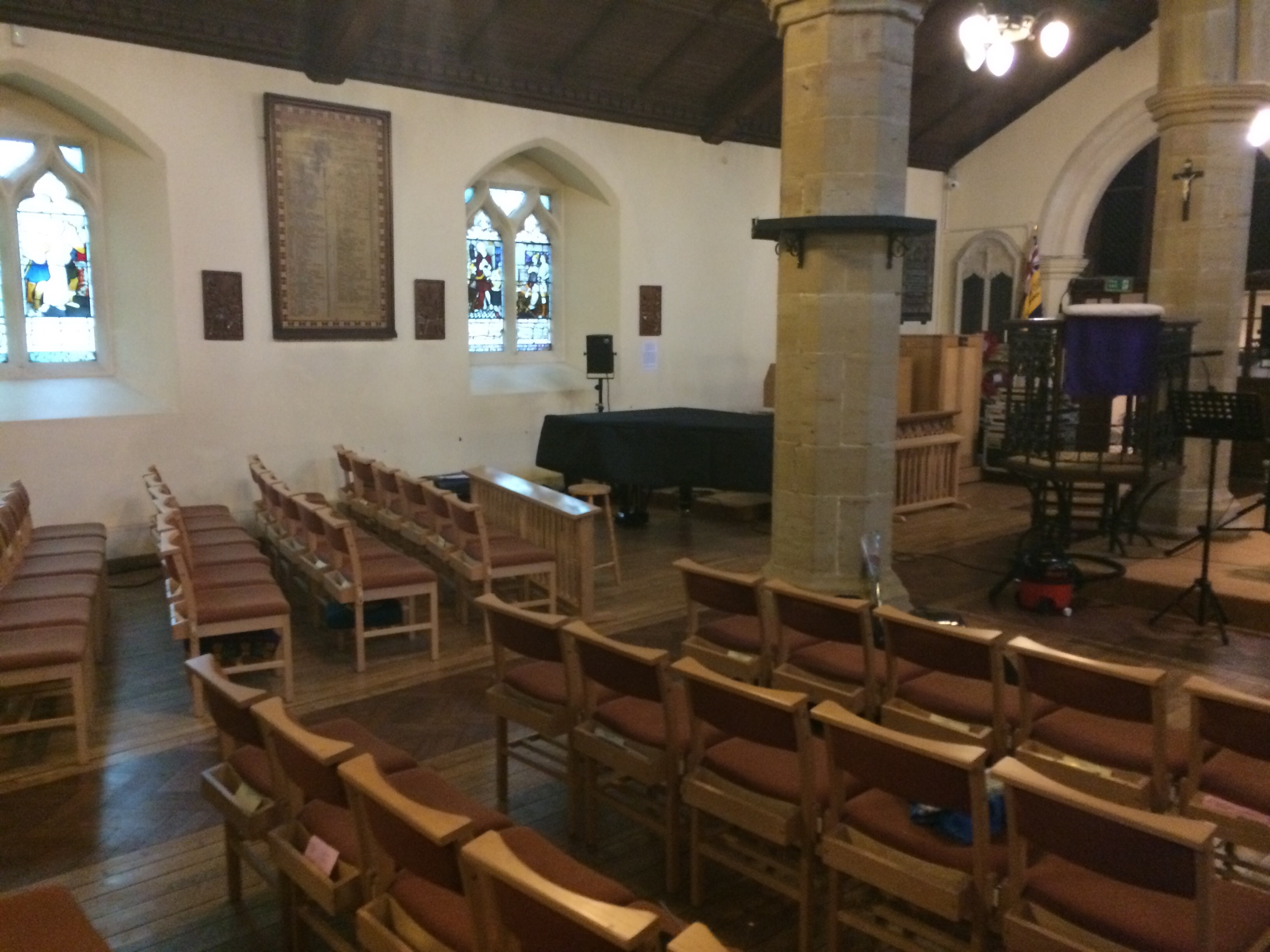